VideoCast Episode 8: Everything You Need To Know About Canadian Holidays & Traditions with Catherine Vertesi

Experiencing Canada’s holidays and traditions, especially for international students, is one of the interesting things they’ll experience when going to study and work in Canada. To give us an overview, Catherine Vertesi –  former lecturer, director of undergraduate business and MBA programs, dean, and Vice President Education –  is back on the show to talk about everything you need to know about Canadian holidays and traditions.

– I really encourage your listeners to think about coming to Canada. It’s actually a very welcoming place.

– This is Study and Work in Canada, Tamwood’s podcast on all things international students want to know about co-op education programs in Canada. I’m Tamsin Plaxton, Tamwood’s Founder and President, and an avid member of the Canadian private education sector. Welcome back to Study and Work in Canada. And I’m excited to have Catherine Vertesi back as a guest on this episode. Welcome, Catherine. You know, Catherine and I had a chance after the last recording to chat about the experience of going abroad and having experienced students coming into our programs. And we got talking about some of the interesting things that happen when you go abroad. And one of them is experiencing Canadian traditions and Canadian holidays for international students. And certainly, for students going abroad as well. I mean, it goes both ways. As a Canadian who’s been abroad, I can say it’s been interesting for me traveling to different countries and being there at the time of say national holidays and getting to experience the holiday in the way a foreign culture would. And for international students who come to Canada to work and study, that’s also a big part of the experience is getting to see how Canadians celebrate holidays and milestones and different events that occur throughout the calendar year. So we decided that this would make a great topic for an episode of this show. So Catherine’s back on the show and Catherine, just maybe share again with the listeners a little bit about your background in case they missed your earlier episode.

– Well, many years ago I started sending students on study abroad and exchange, and it meant that Canadian kids got to go to other countries and study for a semester and then come home. And one of the things they always said was after being away, they had a much stronger sense of some of their Canadian things and Canadian traditions, because they saw them in contrast to what they were having when they were in Denmark or in Spain or in Hong Kong, that it was really different than in Canada. I worked for many, many years as a senior academic, but I also sponsored most of the internationalization experiences for Canadian kids, but for incoming international students as well. And over time, I just realized there were some things that were perplexing that maybe by talking to about them early, people would be able to more deeply appreciate what they’re seeing, but also just explain stuff. You know, why are we doing this? And what is this day all about? In addition to working professionally in this, I have had in my home, many international students come for particular holidays, come for particular holiday events, special dinners or celebrations, but I’ve also had homestay students here. And all of these have made me think about what are the kinds of things that might be helpful? What are this signals that might be helpful if you came here? And that’s really why I had this idea of putting something together to say, as we walk through the year, what are the things you’re gonna see? And what does that mean and how do you behave in response to that? So that’s what this is all about. It’s a really a fun thing. It’s not meant to be deeply serious, just a fun thing to let you know Canada a bit better.

– And I think that people are excited about coming. ‘Cause coming for the study and coming for the work experience in Canada is obviously the main motivation, but why go abroad and not do that at home? It’s because you also wanna combine your education with a an overseas experience, an international experience, and part of that is experiencing the culture.

– Yeah, I think everybody is an honorary Irish person on St. Patrick’s Day, March 17th.

– Catherine, on the Halloween, I’ve got friends that live in an area of Vancouver that it seems to have become the popular spot for kids to go door-to-door trick-or-treating. And they literally come in in busloads from the suburbs of the city. And they were telling me this year, they had close to a thousand kids come to their door. So they have to recruit friends to help them give out the candy. And it’s just a constant lineup of children coming to their door. And my neighborhood seems to get a lot less. I think I might have had 15 kids on Halloween. So it’s interesting how certain neighborhoods get a reputation. And because those thousand kids went this year, they’ll tell their friends and they’ll tell their friends and yeah, so, but it goes on all over the city and some kids just stay in an apartment building and they go door-to-door in their apartment building. Other kids, if they live in an apartment building, they want the tradition of going door-to-door on a street. So they’ll go to another neighborhood where there are actual separate individual houses to be able to knock on front doors.

– Yeah, I had about 70 people at my house and this year, I spent part of the time at my son’s house, which is also a single house on the other side of the city from me. And I think he had 90 pieces of candy and they were all gone. But the kids are dressed up. Now they used to always to be ghosts and goblins and witches, but now they dress up as superheroes, as princesses, as fairies, as pirates, you name it, a whole variety of costumes.

– I went to a Halloween party this year and all the adults were dressed up. I think we get more into it than the kids do.

– Yeah, it’s a really fun thing. So actually, if you come to Canada, you may be invited to a Halloween party and you have to figure out what costume you can wear. Some people actually, if you have a particular native dress, you could wear that from your home country. But also, you can just paint a funny face on your face and you’re fine.

– Yeah, so at Tamwood, at our college, we have a Halloween costume competition. We also have a pumpkin carving competition at the campus, in Toronto and in Vancouver and Whistler, all three campuses. And this year, the costumes, the effort that students put into their costumes was really amazing. And staff show up as well in costumes. So it’s a fun day to be at the campus. It’s a really exciting day.

– Yeah, yeah. I was sharing earlier that one of my Christmases was spent in Australia. When I was in my 20s, I did a trip around the world for a year and found myself on a sheep station in the far, far outback of Australia for Christmas. And it was so fun to be with them on Christmas because it’s summer in December in Australia where it’s winter here. So my experience of Christmas was always associated with snow and cold and fireplaces. And the common expression is hurry up and get to the table because the food will get cold in the winter in Canada. But on Christmas day, the family was saying, well, hurry up and get to the table or the food will get hot because it was so hot out. It was mid-summer in Australia and instead of going to bargaining or something we would do in Canada on Christmas day, we went water skiing and we went chasing kangaroos in one of their pickup trucks. And yeah, so it’s just a very different experience, but still steeped in English traditions. Australia is a country that was immigrated to from the UK. And so they still have the traditional turkey dinner. It’s just very strange to eat a hot turkey dinner on a day when it’s 38 or 40 degrees out. And you’d much rather just be having a cold drink.

– Catherine, thank you. That was such a great overview of all the different traditions and holidays. And for students coming for a work and study program in Canada, which a lot of the listeners of the show are interested in. They’re likely gonna be in Canada for a whole year, at least, maybe longer if they’re on a pathway to immigration and that gives them an opportunity to go through each of these holidays. So it’s great now that we have shared with everybody what they can expect. And I think you said, if you’re invited, say yes and I would say that’s true for all of the holidays, not just birthdays, everything, right? You wanna join in to whatever opportunities you have to celebrate Canadian holidays and traditions, ’cause that’s where you get to know more about life here and really get to understand people and their origins and their roots. And there’s so many, as you said, cultures here and so many opportunities to celebrate holidays, even Canadian holidays with a different twist. Everybody does it a little differently. I have Filipino friends and they celebrate Canadian holidays, but always with Filipino food. And it’s so nice to attend one of their parties because the food is incredible and it’s so wonderful.

– Lots of food. Yeah, well, thank you, Catherine. It’s been great having you back on the show.

– Thank so much. I really encourage your listeners to think about coming to Canada. It’s actually a very welcoming place. You will not feel out a place, but just remember because nobody asks you where you’re from, it’s ’cause they think you’re Canadian.

– That’s all for this week’s episode of Work and Study in Canada brought to you by Tamwood Careers. Tamwood is a private education company operating career colleges in Toronto, Vancouver and Whistler, Canada. Tamwood offers popular work and study programs in fields like business, hospitality and tourism, digital marketing, web design, UX/UI, and entrepreneurship. International students who study with Tamwood gained valuable work experience in Canada and start on a pathway to a successful career and immigration in Canada. If you’d like more information about Tamwood and its programs, visit our website, www.tamwood.com. You can also check out our videos on YouTube and connect with us on social at Facebook, Instagram, and link. 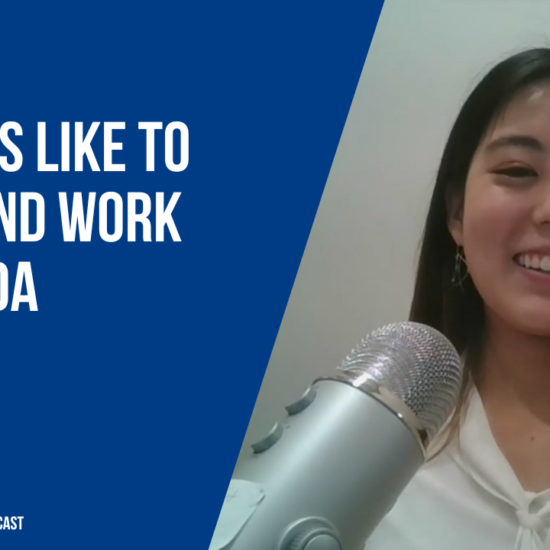 VideoCast Episode 7: What It’s Like To Study and Work in Canada 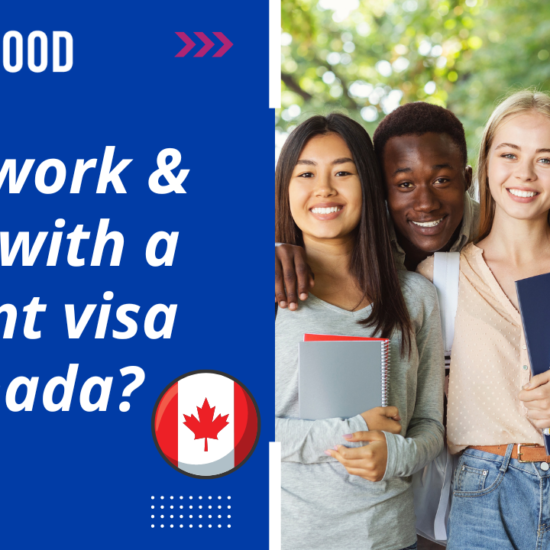 Can I work & Study with a student visa in Canada?